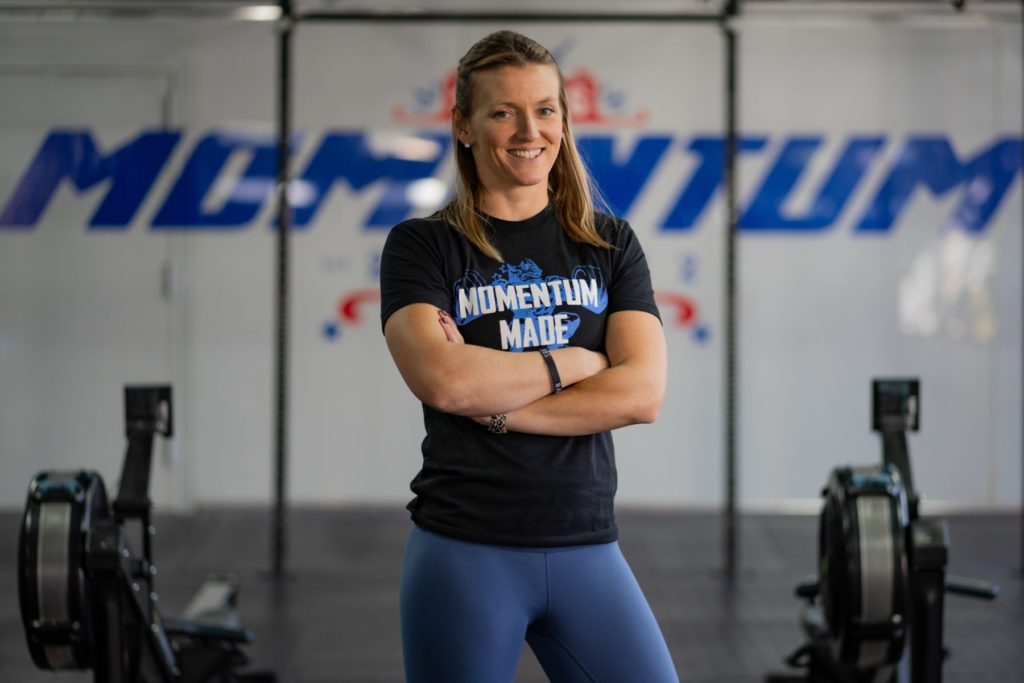 Coach Stephanie grew up ski racing in the woods of Maine, making a name for herself in the alpine skiing world- finishing as an NCAA D1 All-American both her Junior and Senior years of college, skiing for the University of New Hampshire. She also placed 2nd in the Great Britain National Championships and was ranked in the top 150 in the world.

Following competitive racing, Stephanie coached ski racing, field hockey, soccer, cycling and weightlifting for 5 years to competitive high school boarding school athletes and when she moved to Nyack in January of 2011 followed her friend’s suggestion of trying CrossFit to meet people and to do something competitive again.

CrossFit was an easy transition and with her coaching background, naturally transitioned into a coaching role that same year. Her first head coaching role was down in NJ where she helped grow that CrossFit Gym from 60 to 180 members in her first year there. After 3.5 years, the opportunity to buy CrossFit Momentum came up and she and her now husband, Lawrence, purchased it from the previous owner. She knew many of the members when she and LRock transitioned in and they have continued to grow the gym since then.

I'm Ready to Do This!