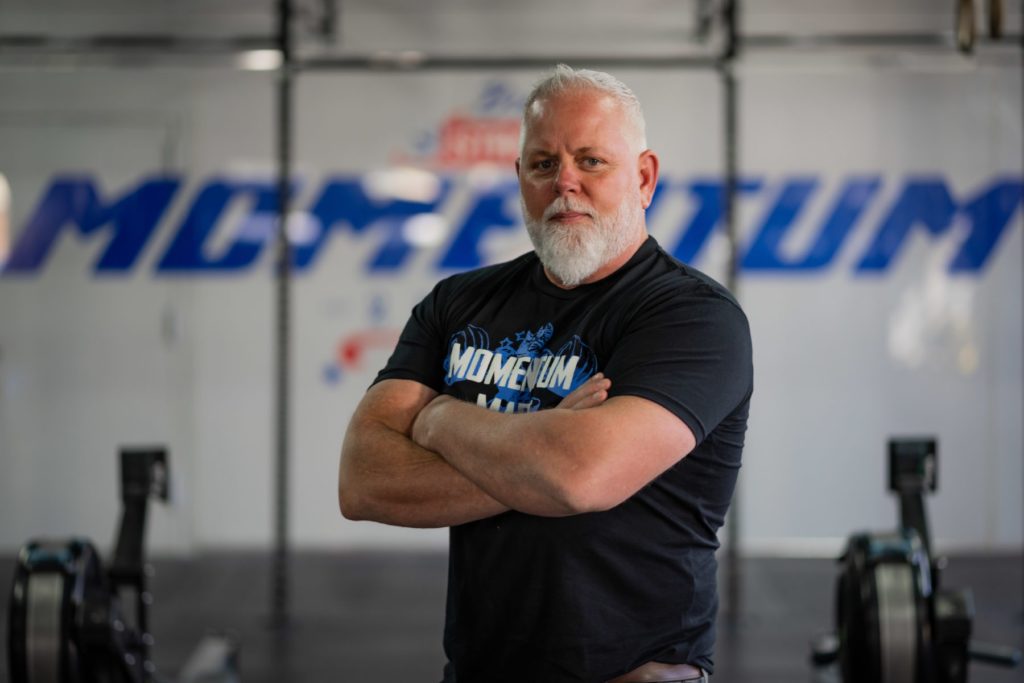 Coach LRock grew up as a State Champion wrestler and football player and has always made exercise a part of his life. He started CrossFit in early 2012 as a way to gain an edge on his fellow cycling competitors during the off-season. He quickly found that he enjoyed the CrossFit training and community so much it took precedent over competitive cycling. Coach LRock, at over 50 years old has back squatted over 400lbs, deadlifted 415lbs and strict pressed 190lbs, exceeding what he was able to do in his early 20’s. He also has a 260lb Clean & Jerk, showing that age is really just a number.

One of the main reasons LRock decided to invest in CrossFit Momentum was largely due to the positive impact CrossFit brought to his life. He feels more energized, agile and strong in his 50s than he did in his 30’s and 40’s. He wants to be able to share that with the members to prove that anything you set your mind to is possible.

I'm Ready to Do This!