Even if you start out moving light weights at first, everyone around you @ Momentum will motivate you to work harder and smarter to reach your goal. Don’t be afraid! 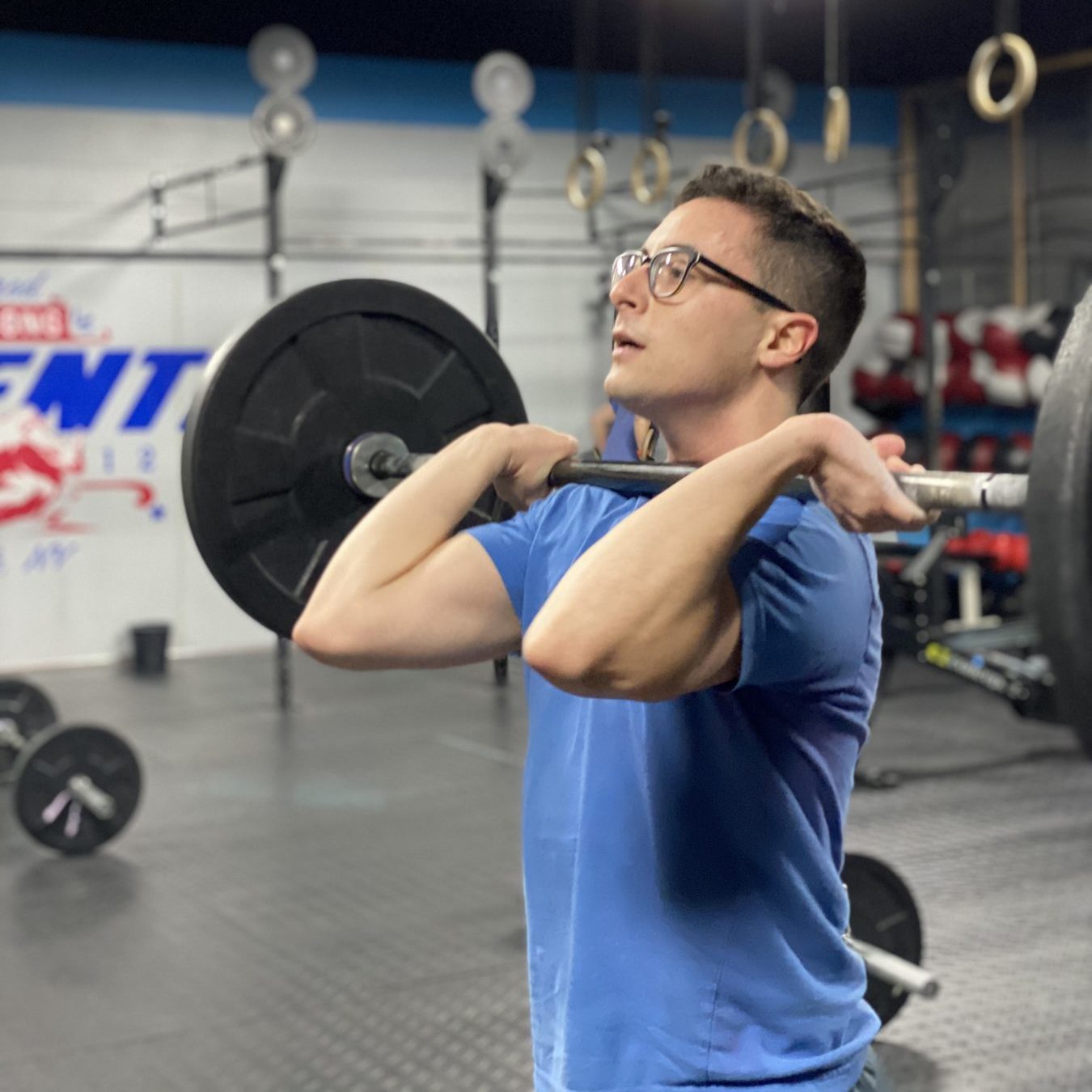 Congratulations to MANUEL for receiving JANUARY’s AOTM award! Manuel stepped up his game this month, attending 4+ classes per week, getting PR’s in almost everything -including a 60lb PR on his Front Squat and a 20lb PR on both his Power Clean and his Push Press just to name a few. Manuel also was a strong participant in our 800g nutrition challenge, keeping on track throughout the 28 days and gaining lots of energy in the process!

Get to Know Manuel:
Manuel grew up in Savannah, GA, went to school in Columbus, GA and Chicago. Moved to NY for work.
He is currently a clarinetist in the West Point Band and moonlighting as a postbac pre-med student at Columbia.

Advice for anyone hesitant to try Momentum:
“I say the same thing to everyone who asks me about the gym (which definitely increased at work recently!): like anything, you have to trust the process of getting stronger by working at it consistently and the coaches / athletes at momentum are a great representation of that. Even if you start out moving light weights at first, everyone around you @ Momentum will motivate you to work harder and smarter to reach your goal. Don’t be afraid!”

6 things you may not know about Manuel:
1.) He loves Dogs – A bit impartial to Corgi’s, but any dog is better than no dog (we agree, Manuel)
2.) His favorite TV show is Rick and Morty. A bit lewd but hilarious
3.) He’ll do anything for a good coffee…..ANYTHING
4.) He enjoys going to drag shows in every city he can…late night or brunch shows. Feels Chicago and NYC have the best ones so far.
5.) When he was young, he had a weird obsession with ceiling fans. (Manuel, you’re not the only one-just ask baby Chang)

When asked about how he got to Momentum:
“After basic training I was given a clean slate with my body and I cherish every single day. I tried lifting on my own for a year but wanted something more community based and found CrossFit Haven’t looked back since!”